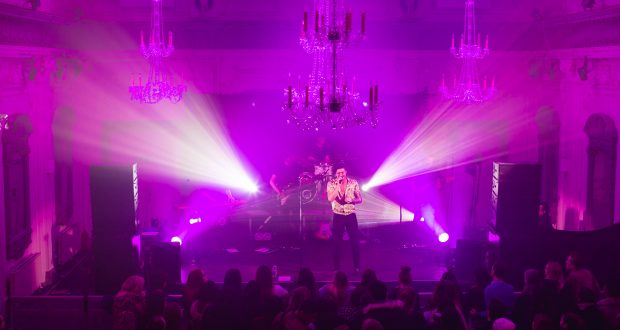 If it were not for a change in schools, musician Adam Hender might never have launched his music career.The up-and-coming Welsh singer released several singles in 2019 which have gained nearly 200,000 streams on Spotify and has already been praised “as one to watch” by critics.

He said: “I think I’ve always been into music. I guess I started taking it seriously when I was in secondary school, around 13 or 14.

“I don’t think I went that far in music because I changed schools and that’s where I learnt guitar. Maybe if I hadn’t changed schools, I might not have gone into a music career.

“The music teacher there, Mr Ampleby, was absolutely amazing. I joined a band and did some local shows, and that’s where it really got going for me.”

Since launching his music career, he has played venues all around the UK and gained new fans after being played on Radio 1.

Hender said: “I got Best New Pop on Radio 1 not so long ago for my soft release Burn, so that was amazing.”

The singer uploaded his reaction to the news of his win on his Facebook page in January shortly after singer and DJ Mollie King announced it.

The 21-year-old said he was always around music as a child as his mum would play Motown in the house, and his four brothers could all sing.

He cites John Mayer as one of his biggest influences.

Hender said: “I got into John Mayer around the age of 13 because that was when I was learning guitar. I think I learnt his albums back to front, not only on guitar but singing, and I used to do those songs in my sets and on open mic nights.

“I grew up listening to quite a wide range of music from pop to rap, and I like all kinds of music.” 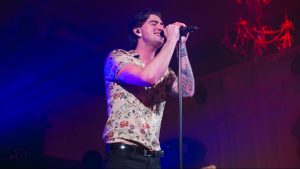 Hender went on his first UK tour in February where he opened in Manchester and finished in Glasgow.

He was most looking forward to playing London due to its iconic status, and sang nine songs at his gig, including his latest release I Don’t Mind.

He said: “I’m kind of living in each different moment. Every time something happens, I’m like ‘oh that’s so cool’. So, at the moment there are little milestones that I’m checking off.

“My first show back in North Wales was amazing. We sold out a beautiful little chapel – 250 people, I think it was.

Following the release of singles Don’t Wake Me Up, Burn, and Once Chance, Hender was excited to reveal some details about his upcoming album.

He said: “We have been working on a record for that album, but we have got singles in the pipeline. If all goes well and everything’s moving, then we’re hoping to drop the album at the end of the year… maybe?”

This is a text widget. The Text Widget allows you to add text or HTML to your sidebar. You can use a text widget to display text, links, images, HTML, or a combination of these. Edit them in the Widget section of the Customizer.
Loading Comments...
Comment
×
%d bloggers like this: