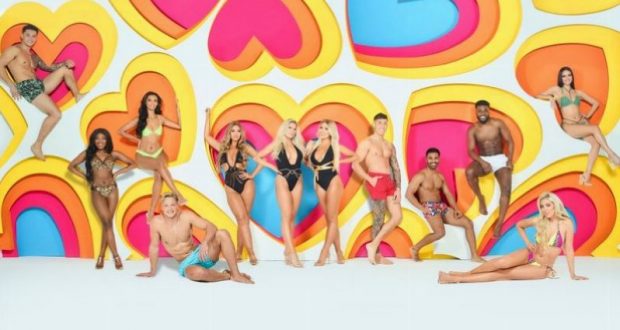 Written by Megan Robinson on January 13 2020

The nation’s favourite trash TV show is finally back on screens for their sixth season! The first-ever winter edition of Love Island kicked off last night, and we’ve already been thrown straight into the drama-filled deep-end. This time, contestants have flown to sunny Cape Town in South Africa instead of the usual Mallorca, and we cannot wait until the shenanigans start to unfold.

Has the format changed?

No. Despite being a winter version of the show, the format is very much the same. The only new addition, apart from the new cast and brand-new three-story villa, is Irish beauty Laura Whitmore, who is now presenting in place of original host Caroline Flack, who stepped down last month. Even though we’re only one episode in, Twitter has already likened Whitmore to a CBBC presenter. Seems a bit harsh. Oh, and there’s no snow. We expected them to be in sexy snow suites.

What happened in the first episode?

Nothing much. As per usual, the first episode saw five bikini-clad women enter the villa, champagne in hand, sussing out their competition by the swimming pool. One-by-one, shirtless men enter the villa, and much to our surprise picks one of the lucky ladies to pair up with.

The rest of the ep is filled with awkward flirting, dead-end conversations and a lot of grafting.

Who are the first Love Island couples?

Siannise & Nas – Bristolian Siannise told the rest of the girls that she “doesn’t even fancy him.” Nas seems to think that the relationship could go somewhere (we doubt it), but only time will tell. Also, did she just call him Aladdin?

Shaughna & Callum – These two have already established some sort of banter despite having completely different jobs and being from opposite ends of the country. Shaughna immediately seems to have her claws in the 23-year-old scaffolder as she becomes jealous when other girls show an interest. Could they be the first couple to argue this season?

Paige & Ollie – Paige is a confident, Scottish bombshell who we saw on Britains Got Talent back in 2012, and Ollie is a posh, privileged farmer, already surrounded by controversy for trophy hunting. While at first, she might have given him the cold shoulder, she seemed to warm up to him after finding out he owns land… ka-ching. However, Ollie’s true colours might be showing as he pulled Siannise for a chat behind Paige’s back. Then again, it is the first night, and it’s not like they’re married just yet.

Leanne & Mike – These London born pair were the last to be coupled up. Leanne stepped forward for the hunky police officer, and honestly who can blame her. What will be in store for this gorgeous couple? Will their romance blossom? Or will Mike end up in the friend-zone?

Towards the end of the episode, a set of blue-eyed identical twins strutted their way into the villa. 22-year old’s Jess and Eve caught the contestants’ eyes, causing green-eyed paranoia among the girls, and setting the boys hearts racing.

With seconds to go before the credits rolled, a text throws a spanner in the works; there will be another recoupling tonight, and the twins get to take their pick of the lucky bachelors, leaving two single girls in danger of going home later this week.

Despite claiming that they never fight, and definitely not over a boy, we just know that these girls will be at each other’s throats 24/7.

Who will they pick? Who will be left alone and having to graft for attention?

As the islanders say, it is early days, and I, for one, am delighted that the next six weeks of my life will be taken over by this toe-curling cringe-fest.