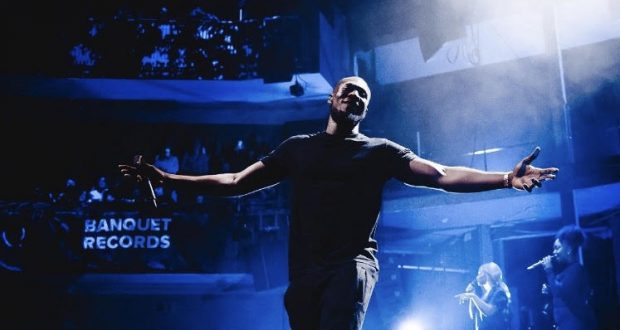 Written by Megan Robinson on January 24 2020

She said: “He was sick! The crowd reacted ridiculously, and he knew how to get us all excited even though there must have been only 500 or so people.”

Big Michael was the first song that played, and the bouncy tune was the perfect opener to get the small crowd pumped for the rest of the show.

Do Better, and Crown followed, calming the audience down again with the R&B sounding tracks. As he started to sing Crown, he addressed the audience and said: “There’s so much love in this room right now.”

Popular song Lessons was a hit with the crowd due to its honest lyrics and catchy, yet raw chorus. The last couple of songs played were perhaps the most popular from Stormzy’s new album.

He also played the current UK number one Own It, which has been top of the charts for several weeks. The last song performed was mega-hit Vossi Bop – the best-known song from the album.

The intimate gigs demonstrate that Stormzy can engage with crowds of any number, whether it be a room of 500 or a stadium of over 70,000.

Ellis summed up the gig in four words: “Massive. Incredible. Loved it.”